How to be assertive in a world that relies on 'likes': A short guide for sustainability consultants

Written by Virginia Cinquemani on 27 September 2018. 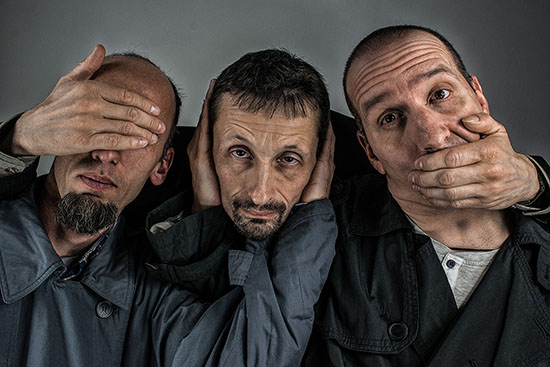 In today’s culture we are all more or less dependent on the pleasure caused by the rush of endorphins that we get when our posts on social media accumulate ‘likes’.

Sounds a bit daft when you read it, even childish or superficial, but that’s how human beings’ brains are hard-wired.

We want to be part of a community, we thrive amongst others, and very few hermits really manage to survive without consensus from their fellow humans.

That’s why it is sometimes so difficult to be assertive, and to say things the way we really think they are. We often think that our views can offend someone else, or that people can change their opinion of us if we say how we really feel.

We want to be liked. Even characters that seem to be immune from all of this, like the POTUS, who seems to always say what he thinks, fires back at his critics on social media. I wonder whether he stays up late to see his Tweets accumulate little hearts?

Last week, in our second Green Gorilla Masterclass, a selected group of sustainability consultants discovered that assertiveness is a fine art that can be learnt in a few simple steps.

The first step to becoming assertive is giving yourself the permission to say ‘no’. Saying ‘no’ does not mean you’re being purposely awkward, but instead, it’s about showing respect for yourself. It’s hard, because it goes against our ingrained desire to be liked. Too often, though, we agree to do things we don’t have the capacity to deliver, or we are unable to say things the way they are, because we are worried about offending, angering or disappointing people.

At work, not saying ‘no’ when we need to is a choice with disastrous consequences, because we can often find ourselves stretched too thin and overwhelmed. Furthermore, we struggle to communicate our message clearly and get others on board, so we end up with poor communication and a lack of action within the team.

During the session, led by business psychologist and leadership coach Anthony McGee of ClearView Coaching, we looked at a typical situation in which a sustainability consultant needs to communicate the targets for the project to his project stakeholders, and what needs to be done in order to achieve them. The sustainability consultant knows that the contractor and the designer are not keen on changing the way they have always worked, but he lacks the assertiveness to overcome his fear of others’ negative reactions.

Perhaps the biggest misconception around assertiveness is that it means being forceful or aggressive. In actual fact, assertive people can communicate their message clearly, in a systematic and factual way, leaving big emotions out (which can only trigger big reactions). They don’t need aggressiveness or supremacy over others to communicate their message. Truly assertive people respect others’ opinions, as well as their own, and are confident in disagreeing with others in a constructive way.

Listening to others is another key element of assertiveness. Understanding other people’s concerns and feedback can only help you to reach your goals quicker, as any issues will be addressed early rather than when it’s too late and impossible to deal with them.

And you never know, people might be willing to change their view, or might even have a positive reaction to your announcement. Listen and speak with an open heart and assume good intent from the other person, because there is freedom on the other side of discomfort.

The Green Gorilla Masterclass Programme is a unique course designed to empower sustainability consultants to become more assertive and to better communicate their sustainability message to their project stakeholders. Being stronger in the boardroom and having the right tools to address clients and design teams more effectively will save time and money spent chasing and convincing them with little return.